Martha’s sleepy eyes and rows of floppy skin helped her stand out from the pack of 13 other curious-looking canines at the 29th annual World’s Ugliest Dog competition in Petaluma, but her owner can still see the beauty in her beloved pet.

Zindler, an animal control officer who also serves as president of the rescue project’s board of directors, rescued Martha from a local shelter and the pup returned the favor by bringing home the Ugliest Dog crown.

For representing the perfect “cute-ugly mix” Martha was awarded $1,500 prize, a trip to New York and a shiny trophy.

The 3-year-old Mastiff was the tallest dog in the show and loomed large over the competition, which included the runner-up, a 16-year-old pug named Moe, and Chase, a Chinese Crested-Harke mix that came in third place.

Martha’s considerable stature made her a far cry from 2016’s winner, SweePee Rambo, a bow-legged 4-pound Chinese Crested Chihuahua with a blonde mohawk and protruding tongue.

Throughout her impressive win Martha laid on her side with her skin drooping onto the ground, waiting to return home where her raucous snores leave her banned from the bedroom. 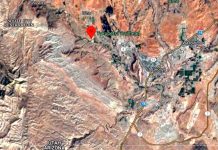 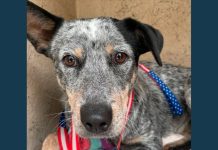