Frank Ryan, 84, former mayor of Bound Brook, returned the book “Football Through the Years” to Bound Brook Memorial Library in a special ceremony on Tuesday.

The book was found by Ryan’s daughter Karen when she and his son Frank Jr. discovered a large barrel in their attic in December, shortly after Ryan’s wife died.

“We always wondered what was in that barrel in the attic,” Karen Ryan told MyCentralJersey.com. “Who knew it was an overdue library book?”

Ryan didn’t return the book until February because he feared he’d be thrown in jail.

“I knew it didn’t make sense, but that was my first thought,” he said. “I didn’t know what was going to happen. I’m ready now to return it.”

The ceremony was attended by Karen, Ryan’s grandson Ross, current Bound Brook Mayor Robert Fazen and former borough Police Chief Anthony Cimino who joked with Ryan about his fear of being arrested.

The book was finally returned to the library in “excellent” condition and Local History Librarian Mary Nelson said they were happy to place it in their archives.

“We are happy to have it back,” she said. “It will be catalogued as part of the collection. While people won’t be able to take it out of the building, they can look at it here.” 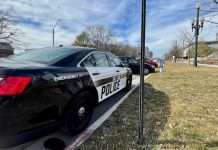 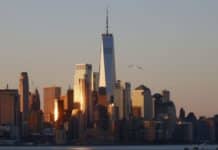