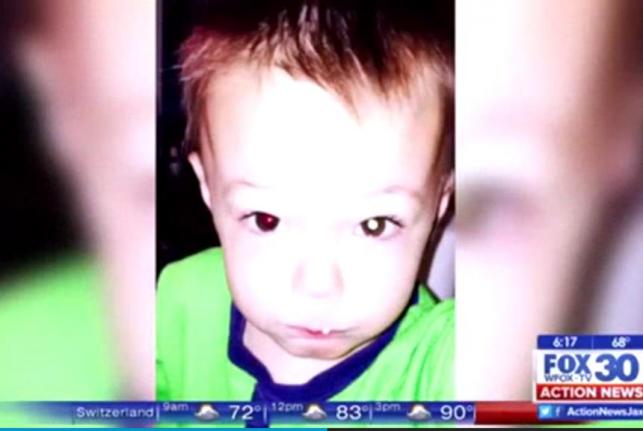 ROCKFORD, Ill., May 11 (UPI) — An Illinois mother said the mismatched eye glares in a photo of her 2-year-old son led to the discovery of multiple tumors.

Julie Fitzgerald of Rockford said she started noticing something odd about 2-year-old Avery’s eye a few months ago, and she recently read an article about a woman who noticed white glare in the eyes of a relative in a photo and the cause turned out to be cancer.

“I just had this gut feeling in my stomach that something was wrong with his eye,” Fitzgerald told ABC News.

Fitzgerald said she decided to take a photo of Avery’s eyes about three weeks ago.

“I took a picture and I did not want to take the picture because I had this dreaded feeling in the pit of my stomach and I took the picture and boom. His whole pupil was just white and that’s when I knew,” Fitzgerald told WREX-TV.

The mother took Avery to a specialist, where they discovered “multiple tumors.”

Fitzgerlad said Avery was suffering from retinoblastoma, a type of cancer, and doctors determined 75 percent of his eye, which they found had been blind from birth, was covered in tumors.

The boy’s eye was removed and doctors said the procedure may have saved the toddler’s life, as the tumors had not yet spread to Avery’s brain and blood.

The family said Avery is undergoing tests to ensure there is no more cancer in his body and he will later be fitted with a prosthetic eye.

The boy’s father, Patrick Fitzgerald, said the incident has left him with some important advice for fathers.

“Listen to your wife, that would be the first thing. Trust your gut,” he said.

The family has started a GoFundMe page to help raise money for Avery’s care.