“The economy continues to expand, and it is likely the Federal Reserve will raise interest rates this month or early next year,” he said. “Consumers appear to be cautiously optimistic spenders this year, and we’re anticipating a slight improvement in the holiday retail season.”

Wage inflation caused an increase in price for both the pipers piping and drummers drumming, but the largest spike in price came from the two turtle doves, which rose 29 percent to $375 due to a shortage of the birds.

The price of five gold rings remained steady at $750 while the cost of partridges fell 20 percent, bringing the total cost of a partridge and a pear tree to $210.

Those who prefer to purchase their gifts online would have to pay a total of $44,602 with shipping, about $10,239 more than buying them in the store. 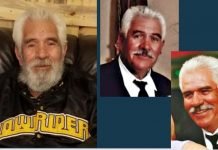