LONDON, Nov. 3 (UPI) — Hundreds of limbs were dropped in front of the Russian embassy in London Thursday to protest bombing in Syria that has killed thousands of civilians in an effort to eject the Islamic State from strongholds there.

The Syria Campaign and Syria Solidarity UK staged a protest in front of the Russian embassy, dropping 800 plastic limbs at the entrance to the complex as two protesters chained themselves to the embassy gates underneath a cage covered with the fake body parts.

Estimates put the civilian death count in Aleppo at more than 800 since the most recent ceasefire there, in September, expired. Russia has conducted a vicious campaign in the city attempting to rid it of members of the Islamic State, also known as ISIS, ISIL and Daesh.

The Russian embassy at least partially blamed MP Boris Johnson for the protest after he called for protesting there last month, and suggested the protest met approval of some in the British government based on the statements of some officials and the British media.

“The security of the Russian diplomatic mission in the UK was compromised,” the embassy said in a statement. “Police officers remained indifferent in the face of the openly provocative and disorderly conduct of the ‘demonstrators.’ Moreover, nuisance callers blocked the Embassy telephone line rendering it impossible to contact the mission for genuine callers.”

One of the protesters who chained himself to the front gate of the embassy, John Dunford, said he locked himself to the gate to protest the “terrible horrors that the Russian government has been a part of in Syria. So I’m locked here to make this point.”

Bissan Fakih, a member of the Syria Campaign, said the protest was meant to spotlight the number of families and children that have been killed in Syria since Russia started its military campaign there.

“Our message to the people in the embassy is that the people of the world are watching,” Fakih said. 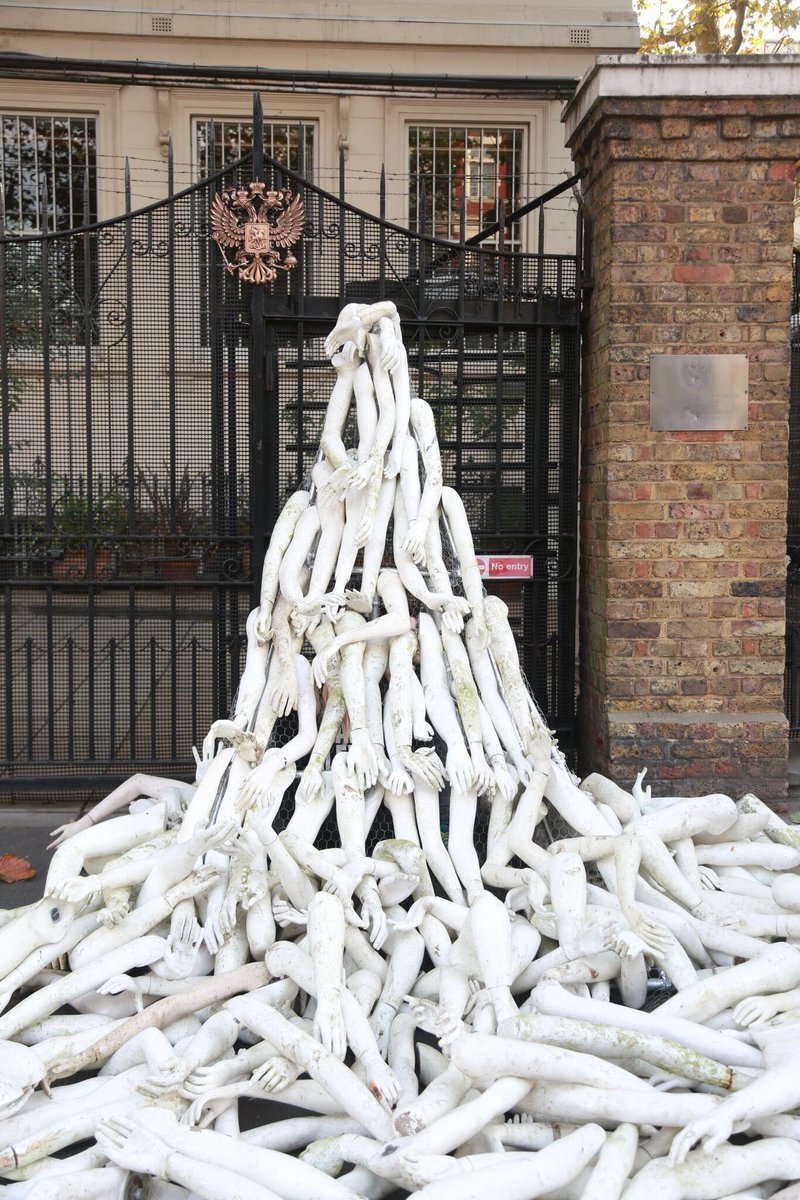 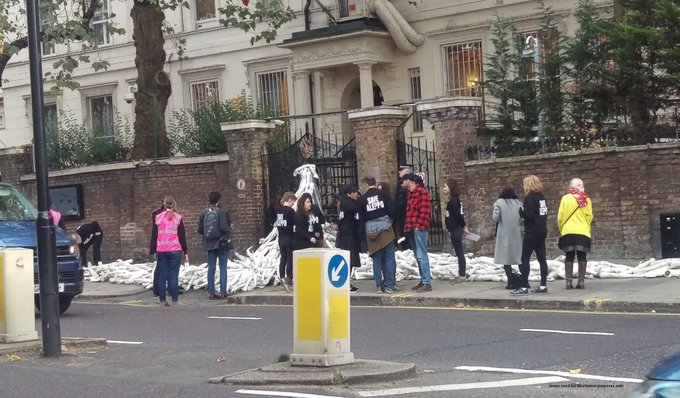 3.11. First demonstration in front of the Russian Embassy after the call of @BorisJohnson.