June 21 (UPI) — Residents of a British Columbia town said a monkey has been repeatedly spotted wandering loose in the area, but no one knows where it came from.

The first sighting of the primate in Campbell River was reported last week by a Bee Line Taxi driver, who said the animal that ran out in front of his vehicle appeared to be a capuchin monkey.

Residents said the monkey has repeatedly been sighted in the area since the first incident, but no one has come forward claiming to own a missing monkey.

Lorraine Noel of the Campbell River SPCA said there have been no official reports of a missing monkey in the area.

“I don’t know how it escaped or who it escaped from,” Noel told MyCampbellRiverNow.com.

Noel said the owner might be reluctant to come forward if the monkey is an illegal pet.

“There are some that are sold in pet stores. But without knowing what type of monkey this is, I’m not sure if it’s one of those exotic monkeys that should not be in Campbell River,” she said. 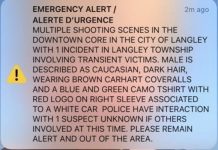 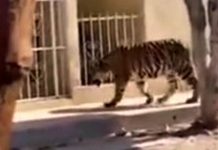 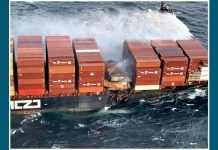