May 19 (UPI) — Scientists in California have developed an eco-friendly way to battle invasive ants. The new ant bait is made from a seaweed-based hydrogel. It’s biodegradable and cheap to make.

In tests, researchers at the University of California, Riverside successfully reduced Argentine ant populations between 40 to 68 percent after four weeks of exposure to the jello-like seaweed balls. Ant populations held steady at reduced sizes, between 61 to 79 percent, during the last four weeks of the eight-week experiment.

“A 70 percent reduction is really successful, especially considering we are not spraying an insecticide but instead using a very targeted method that is better for the environment,” entomologist Dong-Hwan Choe said in a news release. “With 70 percent control, homeowners really don’t see any ants.”

Researchers tested the hydrogel bait in homes and backyards, but researchers believe the seaweed balls could be deployed in agricultural settings, including citrus groves.

A sap-sucking bug called the Asian citrus psyllid has decimated citrus trees in Asia, South America and Florida, and has recently arrived in California. When entomologist Mark Hoddle and colleagues tried to combat the pest with wasps native to Pakistan, natural enemies of the Asian citrus psyllid, their flying killers were eaten by Argentine ant.

In California, pest control companies spend the majority of their time battling Argentine ants. Insecticides and toxic bait are the primary eradication tools. Insecticides can harm beneficial insects and the environment, while toxic bait must be housed in small bait stations.

“Hydrogels eliminate the need for the bait stations,” said Jia-Wei Tay, a post-doctoral researcher in Choe’s lab. “The hydrogels are applied on the ground where the ants forage. Once an ant finds the hydrogel, it drinks from the surface of it. It then goes back to its nest and shares the toxic liquid with nest mates. The ants also create a trail to the hydrogels that their nest mates will follow.”

The balls feature sugar water and a tiny concentration of thiamethoxam, a common insecticide, bound by the seaweed-derived hydrogel. Insecticide accounts for 0.0001 percent of each ball.

“This is 100-fold less than it is used in a standard ant gel bait and 1,000 times less concentrated than spray insecticides containing thiamethoxam,” Tay said. 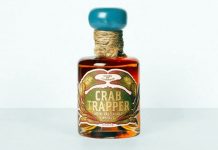