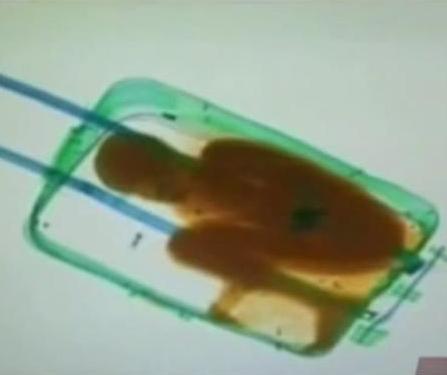 CEUTA, Spain, May 8 (UPI) — The Spanish Civil Guard revealed officers at Moroccan border discovered an 8-year-old Ivory Coast boy hiding in a woman’s luggage.
The Civil Guard said the boy was discovered Thursday in the luggage of a Moroccan woman at the Tarajal border crossing after the tell-tale outline of the child showed up on an X-ray image.

The boy, who identified himself as Abou and said he was from the Ivory Coast, was taken into the custody of the Ceuta juvenile department, while the woman, identified as Fatima E.Y., was placed under arrest.

The boy’s father, A.O., 42, was arrested when he attempted to use the same border crossing about an hour and a half later. Customs officers became suspicious when the man said he was also from the Ivory Coast. He admitted to being Abou’s father when officers showed him a picture of the boy.

The Civil Guard said the father is suspected of paying the woman to smuggle Abou across the border.

“I just wanted to bring him to the Canary Islands with me,” Spanish newspaper El Pais quoted A.O. as telling officials.

Fatima E.Y. and A.O. were ordered held on a charge of violating the rights of foreign citizens. The judge said there was an aggravating circumstance of putting the boy’s life at risk.