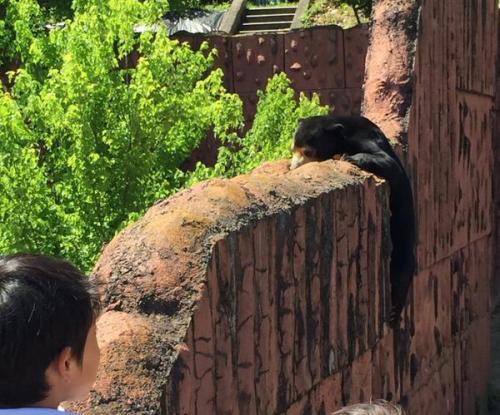 KYOTO, Japan, May 8 (UPI) — A curious sun bear’s attempted escape at Japan’s Higashiyama Zoo and Botanical Gardens was caught on camera by a park visitor.

The sun bear, named Martin, was seen peeking over the wall separating his enclosure from the public recently at the zoo in Kyoto and keepers used long poles to poke, prod and lightly whack the Southeast Asian bear when he climbed atop the wall.

The foiled escape attempt was recorded by a park visitor, who posted the footage to YouTube.

Zookeepers said climbing is Martin’s favorite hobby and he can often be seen scaling walls and other surfaces.