Home US/World News Swimmer Impaled By Catfish At Brazilian Resort
Facebook
Twitter
Pinterest
WhatsApp
SAO PAULO, Jan. 14 (UPI) — A Brazilian paramedic shared pictures of a woman who needed surgery to remove a catfish that impaled her abdomen with its spines.
Marcelo Araujo Tamada, a paramedic in Sao Paulo, shared pictures on Facebook of the woman with the fish stuck to her abdomen after its spines impaled her while she was swimming off the coast of a resort.

“We were alerted to an incident where an object had penetrated a swimmer’s stomach and when we got there, discovered it was a fish,” Tamada wrote of the Friday incident.

Tamada told G1 Globo news the patient was taken to a local hospital, where doctors removed the fish by cutting off its spines, which were then removed via a minor surgical procedure.

The paramedic said the injured bather was doing well after being treated. 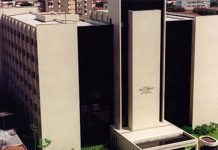 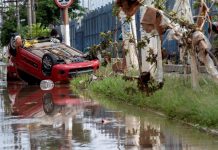