LOS ANGELES, Dec. 6 (UPI) — Tom Hardy has revealed that he will be getting a new tattoo designed by Leonardo DiCaprio after he lost a bet to his “Revenant” costar.

According to the actor in a new interview with Esquire magazine, he bet DiCaprio that he would not score an Oscar nomination for his role as the villainous John Fitzgerald in “The Revenant.”

“He wrote, in this really [expletive] handwriting ‘Leo knows everything,'” Hardy said of the tattoo he must get now.

“”Ha! I was like, ‘OK, I’ll get it done, but you have to write it properly,'” he continued before explaining that he hasn’t gotten the body art yet “Because it sucks.”

Hardy had lost to Mark Rylance for his role in “Bridge of Spies” for the Academy Award for Best Actor while DiCaprio took home his first Oscar for his part in “The Revenant.” 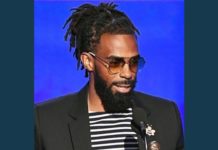 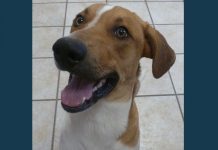