GREENOCK, Scotland, Nov. 17 (UPI) — A woman in Scotland managed to ward off a sword-wielding attacker at a fast food restaurant armed with only a plastic fork.

Julie Crighton, 23, chased the attacker, 20-year-old Arthur Rennie, with the plastic utensil after he entered Cowden’s News and Fast Food Shop with a sword and demanded she empty the cash register, STV reported.

“This was a large sword and the incident must have been very frightening,” Judge Lady Rae of the High Court in Glasgow said. “She is an extremely brave young woman who tackled Mr. Rennie despite the fact he had that sword.”

“He came towards me and pushed me and I pushed him back. I think he realised I wasn’t going to give him anything. He went out and I went out the shop after him,” she told the BBC. “I wasn’t thinking of catching him. Just seeing where he was going.”

She was able to identify the weapon in court and Rennie was sentenced to four years in prison. 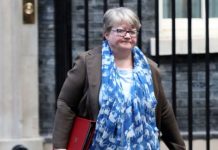 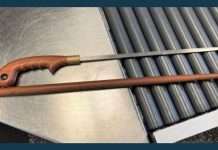 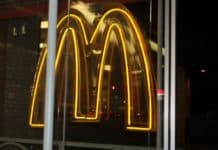