BURLINGTON, Vt., Oct. 23 (UPI) — A Vermont Ronald McDonald House said vandals struck their statue of the clown three times — setting it on fire, decapitating it and chopping off its feet.

Kristine Bickford, executive director of the Ronald McDonald House in Burlington, said vandals struck on three separate nights this month to burn the fiberglass statue’s face, knock off its head with a cinder block and cut off its feet with a saw.

Bickford said the head was later found dumped near the Burlington waterfront.

She said the statue’s remains have been moved into storage.

Bickford said the Ronald McDonald House, which provides lodging for families in town for vital medical care, filed an insurance claim for the $7,500 statue, but they have yet to receive a response.

She said donations have been pouring in toward buying a new statue, which she said would be kept safe inside the facility.

“I plead to anybody who did do this act, that they would come down and maybe look and see what we have here and what it really means to come into this house,” Bickford told NECN. “And they might have second thoughts about what they did. And maybe they’d even donate some volunteer hours here.” 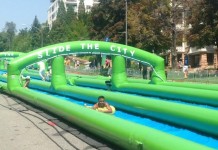