“As OPEC ministers begin to arrive in Vienna for another very important gathering, oil has been drifting lower. This is in response to yesterday’s API report which surprised the market by showing another strong rise in crude oil stocks,” Ole Hansen, head of commodity strategy at Saxo Bank, told UPI.

“Anything but a substantial cut beyond a million barrels per day risks sending crude oil sharply lower, not least considering how crude stocks in the United States, despite record seasonal demand from refineries, continue to rise amid record production,” Hansen added.

Traders expect a cut by OPEC big enough to send Brent futures back to $70 per barrel, and failure to announce such cuts “could trigger an extension down towards $50 per barrel,” he added.

While Russia is not an OPEC member, any Saudi Arabian cuts would likely be affected by an accord with Russia as the two countries are among the world’s top three crude oil producers. Saudi Arabia is the top producer in the now 14-member OPEC, as Qatar pulled out of the group early this week. The United States became earlier this year the world’s biggest crude oil producer.

Jack Allardyce, an oil and gas analyst at Cantor Fitzgerald, separately said that after some positive news during the weekend related to Chinese-U.S. trade talk advances, the focus is now on OPEC.

“The market’s focus turns to the OPEC meeting tomorrow. Expectations are for 1.1 to 1.4 million barrels per day cut,” he said.

However, “deeper cuts are required to give prices a significant lift,” he said.

The API reported a build of 5.4 million barrels in U.S. inventories last week, indicating no slowing in US production despite the recent oil price weakness,” Allardyce said.

The Energy Information Administration will release official data on Thursday, instead of Wednesday, in observance of the passing of former U.S. President George H.W. Bush during the weekend.

Crude oil futures prices have plunged since a high on October 3, when Brent futures traded above $86 per barrel, largely on concern that the market is oversupplied. 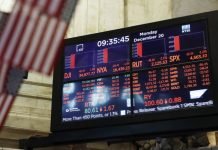 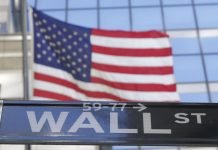 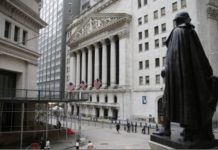