At 12:08 a.m. Monday, Moab Police Department officials said in a Facebook post that the road has re-opened to traffic.

Three vehicles were involved in the initial crash, and several others received collateral damage, according to an earlier post in which officials confirmed one fatality and three other people injured.

At 12:08, Moab PD stated, “The investigation into this incident is ongoing and we are unable to release any additional information at this time. We will issue a press release with additional details as soon as possible. Our thoughts are with all of those impacted by tonight’s incident.” 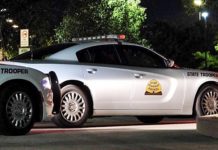 Springville woman dies in crash with semi in Idaho

Motorcyclist from Lehi dies in crash with semi near Bluffdale