EMERY COUNTY, Utah, Sept. 29, 2019 (Gephardt Daily) — The chief of the Green River Fire Department was killed Sunday in a crash on State Route 6 in Emery County.

“With heavy hearts we have said goodbye to one of our own, Chief Philip Engleman. Our deepest condolences are with his family at this time,” the fire department posted Sunday evening on Facebook.

The fatal crash occurred at 3:53 p.m. near mile post 294, according to the Utah Highway Patrol.

A white 1994 Infiniti, driven by Engleman, was eastbound on SR-6, when the vehicle crossed over the center line and struck two tractor-trailers. The first was a 2019 Volvo, and the second was a 2013 Freightliner.

Chief Engleman died at the scene.

The drivers of the tractor-trailers were uninjured.

SR-6 was closed in both directions for about two hours while the scene was investigated and cleared.

MCIT, UTIP, and the State Bureau of Investigation have been contacted, the UHP news release says. 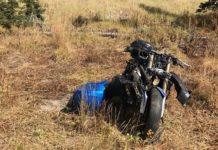 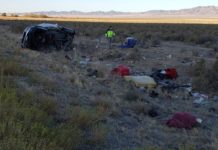 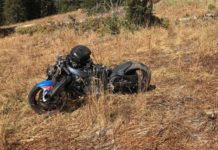