MILLCREEK, Utah, Dec. 14, 2019 (Gephardt Daily) — A 15-year-old suspect has been booked into juvenile detention after the stabbing of another teenage girl at Fat Cats amusement center in Millcreek.

“The 15 year old has been booked into youth detention. The victim remains in stable condition at the hospital.”

UPD Detective Kevin Mallory told Gephardt Daily on Friday evening that the incident happened at about 5 p.m., when two girls of similar age, who were with a large group of juveniles at the Fat Cats at at 3739 S. 900 East, got into a confrontation.

Other Stories of Interest:  Moose spotted near Grandeur Peak trailhead in Millcreek

“The altercation became physical, and one girl stabbed the other multiple times in the torso,” Mallory said. “The victim was conscious, breathing, and alert, and was transported to the hospital with multiple stab wounds. She was in stable condition with non-life-threatening injuries.”

Mallory said the two girls involved are about 15 to 16 years old. He wasn’t sure what the altercation was about.

The name of the suspect is not being released due to her juvenile status.

Police: 1 roommate in surgery, 1 in jail after stabbing in Saratoga Springs 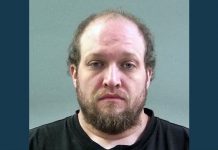