Jan. 28 (UPI) — The government shutdown that lasted for more than a month cost the U.S. economy $3 billion, the Congressional Budget Office said in an analysis Monday.

The overall economy lost $11 billion while the government was shut down between Dec. 22 and Friday, but much of that money will be recovered after furloughed employees start receiving back pay, the report said.

“Although most of the real GDP lost during the fourth quarter of 2018 and the first quarter of 2019 will eventually be recovered, CBO estimates that about $3 billion will not be,” CBO director Keith Hall said in the report.

The report studied the economic impact of not paying 800,000 federal workers, which gave them less money to spend on goods and services.

President Donald Trump and Congress reached a deal Friday to re-open the government until Feb. 15. Federal employees who were furloughed will get back pay and will be paid the next three weeks. Trump still wants $5.7 billion for a southern border wall and has threatened to shut down the government again next month or call a national emergency if Congress doesn’t fund it.

The government shutdown also made it difficult for businesses to get loans, permits and certifications, such as Southwest Airlines seeking certification to fly to Hawaii. The CBO report didn’t factor that in to this report.

Monday’s report said the shutdown’s impact on private businesses and individuals could last a lot longer.

Many businesses delayed investment or hiring decisions because of the uncertainty of the government shutdown.

Overall economic growth is projected to slow to 2.3 percent this year, compared to 3.1 in 2018. 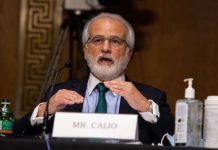 Lawmakers question airline executives on use of government loans 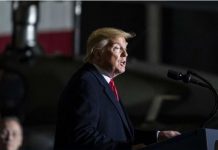 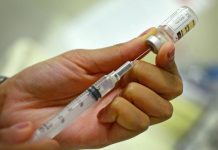