April 22 (UPI) — Chipotle Mexican Grill has agreed to pay a $25 million fine to resolve criminal charges accusing the fast-food chain of serving food that sickened more than 1,100 people in the country between 2015 and 2018.

The Justice Department announced the agreement in a statement Tuesday, stating it was the largest fine ever handed down in a food-safety case.

As part of the three-year deferred prosecution deal, the New Port Beach, Calif., company has also agreed to comply with an improved food safety program in order to avoid conviction.

The company was charged with two counts of violating the Federal Food, Drug and Cosmetic Act in connection to selling food that led to several food-borne illness outbreaks, prosecutors said.

“This settlement represents an acknowledgment of how seriously Chipotle takes food safety every day and is an opportunity to definitively turn the page on past events and focus on serving our customers real food made with real ingredients that they can enjoy with confidence,” Chipotle Chairman and CEO Brian Niccol said in a statement.

According to the prosecution agreement, Chipotle admits to being implicated in at least five foodborne illness outbreaks in Los Angeles, Boston, Virginia and Ohio related to employees failing to comply with food safety protocols from 2015 to 2018.

U.S. Attorney Nick Hanna said hundreds of customers in the country fell sick because the company failed to ensure its employees both knew and complied with food safety protocols, and Tuesday’s “steep penalty” should not only result in greater protections for Chipotle customers but “remind others in the industry to review and improve their own health and safety practices.”

The agreement details how the company’s charges stem from outbreaks of highly infective pathogens transferred to customers from employees through their handling of prepared food and ingredients.

It is said in August 2015, more than 230 people, including Chipotle employees at a Sim Valley, Calif., restaurant, fell ill after the restaurant failed to “pass along information regarding an ill employee until multiple consumers already had reported being sick.”

In December that same year, 141 people became sick following a norovirus outbreak at a Chipotle restaurant in Boston that was likely the result “of an ill apprentice manager who was ordered to continue working in violation of company policy after vomiting in the restaurant,” the agreement said, adding the employee also packaged a catering order for a college basketball team, some of whose players fell sick.

“This case highlights why it is important for restaurants and members of the foodservice industry to ensure that managers and employees consistently follow food-safety policies,” said Assistant Attorney General Jody Hunt of the Department of Justice’s Civil Division. “The Department of Justice will vigorously enforce food-safety laws in order to protect public health.” 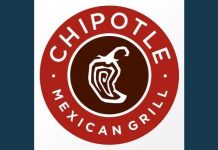 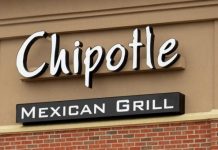