May 31 (UPI) — Members of the Venezuelan opposition have criticized Goldman Sachs‘ discounted purchase for $2.8 billion of government petroleum bonds.

Venezuela’s opposition-controlled National Assembly on Tuesday was debating Goldman Sachs’ purchase of $2.8 billion of the bonds at a 69 percent discount. The unicameral legislature plans to issue a resolution condemning the sale.

Venezuelan opposition politician Jose Guerra said Maduro’s “government has made a predatory business for the country: gave $2.8 billion in bonds for just $865 million in cash.”

“We are invested in PDVSA bonds because, like many in the asset management industry, we believe the situation in the country must improve over time,” Goldman Sachs said in a statement.

“It is apparent Goldman Sachs decided to make a quick buck off the suffering of the Venezuelan people,” Borges wrote the company in a letter. 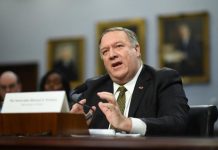 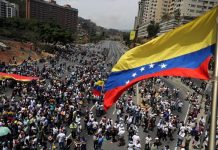