PROVO, UTAH – October 22, 2015 (Gephardt Daily) — As part of an effort to raise funds for the first independent movie theater in Provo, the non-profit Provo Film Society is screening the beloved rock-documentary “New York Doll” on the 10-year anniversary of the film’s theatrical release.

The event includes a Q&A with the movie’s director, Greg Whitely (who also directed the recent Sundance hits “Mitt” and “Most Likely to Succeed”), and a unique concert with Provo’s coolest musicians–including members of the Neon Trees and Fictionist performing “New York Dolls'” songs live.

“I’ve been a New York Dolls fan since I was 13. They’re essential listening for understanding the pedigree of modern rock music,” Campbell said.

The movie “New York Doll” is the fascinating true story about the personal journey of faith and fame of one man, Arthur “Killer” Kane, at the confluence of Mormonism and proto-punk rock n’ roll.

The central focus of the film is Kane’s life after alcoholism, drug abuse, brutal beatings, and attempted suicide took him to rock bottom and his eventual conversion to The Church of Jesus Christ of Latter-day Saints.

While struggling with loneliness, poverty and acclimation to his new-found faith, Kane discovers that he will once again have a chance to perform with the Dolls at a special event in London if he can overcome his deep-rooted anxieties and differences with former bandmates. The film also includes appearances from Morrissey, Iggy Pop and New York Dolls band leader David Johansson.

“New York Doll” premiered at the Sundance Film Festival in 2005, where it was nominated for the Grand Jury Prize, before going on to wide distribution and critical acclaim.

It will screen at 7 p.m. at the Covey Center for the Arts in Provo, Utah, on Friday, October 23. The director Q&A and concert will follow.

At the “New York Doll” event, Provo Film Society will announce their plans to build an independent movie theater in downtown Provo in 2016.

Provo currently has no outlet for local filmmakers to screen their work or any public venue that regularly screens foreign, independent or art-house films. The Provo Film Society board (made up of of local artists, filmmakers and businesspeople) believes that providing and curating an independent, high-quality creative space for cinema is crucial for nurturing local film artists. It will also provide Utah Valley residents with a readily accessible stream of quality cinema, which is essential to any community’s arts culture.

The Provo Film Society has been holding film screenings with filmmaker Q&As throughout 2015, with a focus on the best of locally produced cinema, like “An Honest Liar,” “Man From Reno” and “Meru.”

Due to lack of venue, most of these screenings have been very grassroot, mico-cinema operations, held at the above-mentioned Velour and Echo Theater.

Provo Film Society board member Brandon Purdie said, “Because of my work in film distribution for the past 10 years, I’ve tracked what movies perform in Provo and what movies perform in Salt Lake City and I’ve noticed that when these independent art films get to Provo they perform as well or better than they do in Salt Lake. There’s this craving and desire for more of this content that sometimes doesn’t make its way down to Provo.”

Joshua Ligairi, also on the Provo Film Society board added,  “We’re happy to host what I think will be the coolest indie film event of the year so far and we hope that the event’s visibility will help us in our efforts to raise not only funds but, more importantly, awareness of our larger mission–to finally bring an independent cinema to downtown Provo. Our local arts community is pining for this. I hope this party, which is really a once in a lifetime event, can bring people together and show that there is both potential for and interest in what we’re doing.” 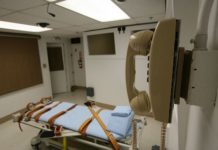 More than 1,000 faith leaders call for halt to federal executions 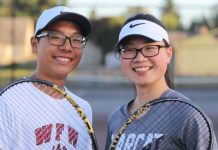 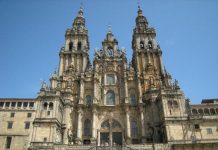 Faith not linked to intuition or rational thinking, study shows