The 29-year-old actress shared a photo of herself getting inked on Instagram. Cuoco previously sported 12-31-13, her wedding date, between her shoulder blades. She replaced that tattoo with a tattoo of a large moth.

“Thank you @nero_sct @studiocitytattoo for helping me right my wrongs.. note to self – do not mark your body with any future wedding dates #under30mistakes #donttakeyourselftooseriouslykids,” she captioned the picture.

“@nero_sct the deep, meaningful, larger than life meaning behind this beautiful piece of ink, is….. It covered the last one,” she added to a snapshot of the new tattoo.

The cover-up came just two months after Cuoco’s rep confirmed that the actress and Sweeting will divorce. The Big Bang Theory star and 28-year-old professional tennis player had been together since mid-2013, and married in December of that year.

“Kaley’s [doing] amazing,” the actress’ co-star, Mayim Bialik, told E! News after word of the split broke in September. “She has amazing friends, she has amazing family. We love her to pieces and we give her as much joy and laughs … off-camera [as on].”

Sweeting will reportedly seek spousal support from Cuoco, who is worth an estimated $45 million. The actress recently returned as Penny for The Big Bang Theory season 9, and in October denied she is dating co-star and ex-boyfriend Johnny Galecki. 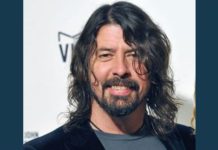