The 19-year-old actress confirmed the news on social media Tuesday, telling fans, “I’m so excited to finally be able to tell you I’m playing Baby! #nobodyputsbabyinacorner.”

Breslin will play Frances “Baby” Houseman in a three-hour, taped TV musical remake of the 1987 film. Jennifer Grey originated the role opposite Patrick Swayze as Johnny Castle.The remake has yet to find its new leading man.

Dirty Dancing opened in theaters in August 1987 and earned $214 million at the box office. The movie follows the romance between the sheltered, soon-to-be college freshman Baby and the working-class dance instructor Johnny, who meet at a resort in the Catskill Mountains of New York where Baby’s family is spending the summer.

Breslin is known for Little Miss Sunshine and Ender’s Game, and plays Libby Putney, aka Chanel #5, on Fox series Scream Queens. The horror-comedy will air its season finale Tuesday, and has yet to be renewed for a second season. 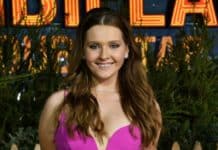 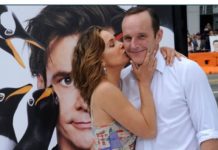