LOS ANGELES, Dec. 12 (UPI) — Amy Schumer let loose all the nasty details of how she got food poisoning in Paris Monday while appearing on “Ellen.”

The conversation about the comedian’s recent bout with sickness came after host Ellen DeGeneres asked about her boyfriend of one year Ben Hanisch.

Schumer then discussed the couple’s trip to Paris and how they got “violent food poisoning.” To make matters worse, the hotel they were staying in was described as having a bathroom where other guests “could hear everything.”

The 35-year-old then explained in vivid detail how the vomiting and diarrhea “manifested itself” and came out sounding like a “machine gun.”

“I was yelling to him, ‘It was so great dating you, I wish you the best luck, you’re gonna meet a great girl,'” she said she told Hanisch after using the bathroom. “But I knew, I knew it was over. Who can get through that?”

The story left DeGeneres is tears as she couldn’t stop from laughing.

In September, Schumer had documented her food poisoning sickness on Instagram sharing photos of herself and Hanisch laying down sick on a bed. “Thanks for everything Paris! Except for the food poisoning,” Schumer wrote at the time. 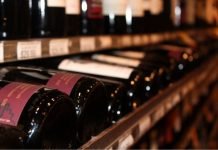 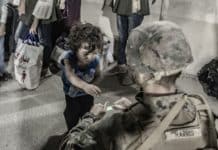