The 18-year-old American actress and 29-year-old Canadian actor enjoyed a tropical getaway to Cabo San Lucas, leading some to believe the pair are dating.

Winter shared several photos with Meaden on Snapchat, including a picture of herself and the actor by the ocean. She also posted a snapshot of herself and Meaden smiling for a mirror selfie.

The “Modern Family” star split from boyfriend Laurent Claude Gaudette in June after two years of dating. She told Entertainment Tonight in October that she’s been enjoying being single.

“I’m chilling. I’m a single pringle. I’ve just been spending a lot of time with my friends, which is really, really nice,” the actress said.

“It’s just nice to be able to find yourself and be alone and spend that time really, like, learning to have it just be you instead of [being] co-dependent,” she added.

Winter plays Alex Dunphy on “Modern Family,” which airs Wednesdays at 9 p.m. ET on ABC. She revealed in September that she deferred college at University of California, Los Angeles, due to her busy production schedule.

“The problem is I had made my schedule and when I went to production, we couldn’t make it work due to heavy storylines, so unfortunately I have to go next year instead of this year,” she explained to E! News. 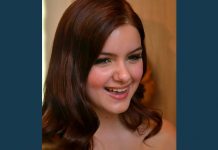 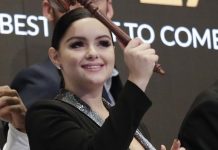 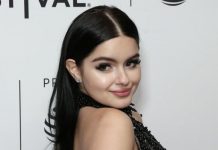