Sept. 12 (UPI) — ABC has announced that the upcoming three-hour season finale of “Bachelor in Paradise” Season 6 will present the next “Bachelor.”

The finale will be aired on Tuesday starting at 8 p.m. ET. The identity of the next “Bachelor,” who will head Season 24 of the long-running series, will be announced during the in studio segment of the finale with host Chris Harrison.

The final episode of “Bachelor in Paradise” Season 6 will feature remaining couples Demi and Kristian, Chris and Katie, Dylan and Hannah and Clay and Nicole, spending one last night in the fantasy suites and deciding if they want to take their relationships to the next level.

ABC has teased that the final overnight date will be too much for one couple, possibly ending things in heartbreak.

“Bachelor in Paradise” alumni including Chris and Krystal Randone, Tanner and Jade Roper and Evan and Carly Bass will also be making appearances, alongside other Season 6 participants.

Colton Underwood was the franchise’s last “Bachelor.” He ended Season 23 by choosing Cassie Randolph, however, the couple did not get engaged. 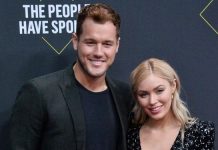 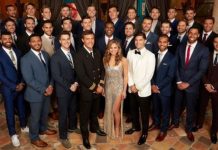 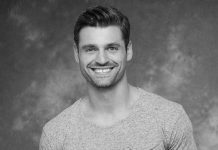