NEW YORK, Nov. 18 (UPI) — Barbra Streisand says she had difficulty dating prior to her marriage to James Brolin.

The 74-year-old singer and actress revealed in the December issue of W that many men were too afraid to ask her out before she ultimately met and married the 76-year-old actor.

“Strong women are, simply, women with opinions. And they have always been treated with suspicion,” Streisand said while reflecting on her movie roles. “And sadly, the strong women usually don’t get the guy at the end of the film.”

“The last movie I directed was ‘The Mirror Has Two Faces,’ and one of the reasons I took the job was because she got the guy in the end,” she shared. “I thought, ‘Hmm, I’ve been alone too long. I think I’ll do this movie,’ and then, in real life, I also got the guy at the end!”

“There’s a certain amount of intimidation and fear,” the star said of her former prospective dates.

Streisand, who was previously wed to actor Elliott Gould from 1963 to 1971, married Brolin in 1998. The couple met on a blind date, where the singer impressed Brolin with her honesty.

“[We] were set up on a blind date. I met him at dinner and expected a bearded mountain-man type, and he had cut off all his hair and was clean-shaven. I asked him, ‘Who screwed up your hair?'” she told W.

“He later told me that’s when he fell in love with me. My fella likes to hear the truth, which is unusual,” the star said.

Streisand and Brolin recently collaborated on the new Hallmark Channel movie “I’ll Be Home for Christmas,” which premieres Nov. 27. The actor convinced Streisand to record two songs for the film, marking her first-ever musical TV project.

“That wasn’t necessarily easily done because she’s never lent any of her music to any television,” Brolin said on “Harry” this week. “It was my manager’s idea. He said, ‘What if? What if?’ and I said, ‘Forget it.'”

“One day at dinner I said, ‘You know honey, what if? What if?’ And I didn’t get much back right then and then a couple of days later it’s, ‘Merry Christmas, here’s your Christmas present,'” he shared. 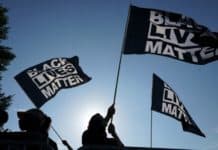