Aug. 6 (UPI) — The Television Academy said it has revoked an Emmy nomination for the NBC drama “This Is Us” in the contemporary costume category because the episode submitted did not meet the criteria for the category.

In order to qualify for consideration in the “outstanding contemporary costume” category, a show must spend at least 51 percent of screen time set in modern times, defined as the last 25 years. “This Is Us” relies heavily on flashbacks to tell the story of an ensemble cast that all share the same birthday.

The academy said the episode submitted for consideration, “Moonshadow” was “predominantly period” and set in the 1970s, thus making it ineligible, Variety reported.

“This Is Us” received 10 other Emmy nominations. Costume designer Hala Bahmet, assistant costume designer Marina Ray, and costume supervisor Elinor Bardach had been nominated for their work on the show.

Other nominees are Netflix’s “Grace and Frankie,” Fox’s “Empire,” HBO’s “Big Little Lies” and Amazon’s “Transparent.” Replacing “This Is Us” in the category is the sixth-leading vote-getter, the Netflix political drama “House Of Cards,” which sees its Emmy nomination count rise to seven.

“House of Cards” and “This Is Us” are two of seven shows squaring off in the best drama category. 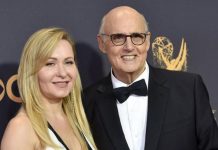 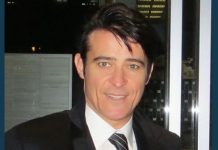 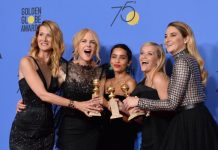