Feb. 28 (UPI) — “Feud” will focus on Prince Charles and Princess Diana in its next season.

Deadline reported Tuesday that FX renewed the Ryan Murphy series for a second season, “Charles and Diana,” ahead of the premiere of “Bette and Joan.”

Murphy and Jon Robin Baitz, who created the ABC drama “Brothers & Sisters,” will write “Charles and Diana” and executive produce with DeDe Gardner and Alexis Martin Woodall. The season will premiere in 2018.

Prince Charles and Princess Diana were wed 15 years, and welcomed two sons, Prince William and Prince Harry, during their marriage. The pair divorced in 1996, just a year before Princess Diana died in a car crash at age 36.

Feud is a new anthology series that will explore one famous conflict per season. Season 1, “Bette and Joan,” will focus on warring “Whatever Happened to Baby Jane?” stars Bette Davis and Joan Crawford.

“I don’t want to do another woman to woman feud, and I certainly would never do another Hollywood feud,” Murphy told The Hollywood Reporter this month.

“I’m interested in this show being a two-hander that’s really about the human dilemma of pain and understanding. And I think you need a long period of time, maybe 20 to 40 years, to have a big back story,” he added. 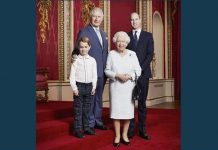 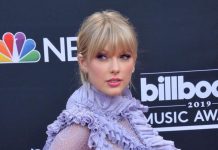 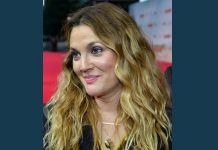 Drew Barrymore recalls meeting Princess Diana: ‘She was so kind’