SEOUL, Oct. 2 (UPI) — South Korean singer Psy galloped into the global spotlight with his hit song “Gangnam Style,” but according to a South Korean café owner, the recording artist does not horse around when it comes to evicting tenants in a building he owns in Seoul.

Song Hyeon-ae told South Korean outlet Oh My News the singer had an agreement with her coffee shop, Take Out Drawing, to annually extend the lease on the space that occupies the ground level of a multi-story building that belongs to Psy, whose legal name is Park Sang-hak.

That agreement has been violated, according to Song, and after she refused to vacate the building, she said Park’s people attempted evictions in March, April and again in September.

Park’s attorney Jeong Gyeong-seok has said the café proprietors were interfering with the singer’s exercise of property rights. South Korean newspaper Herald Business reported Psy’s team had attempted to bring the tenants into negotiation, but according to his attorney, Song and her colleagues refused the offer.

During Chuseok, a South Korean national holiday celebrated Sept. 26-27, an unidentified tenant held a protest outside Park’s home, and the singer “bolted” out of his house in indignation, according to South Korea’s OSEN Media.

Oh My News reported an initial plan to vacate the café space by November was scrapped due to disagreements between the two sides, and that others have been subjected to Park’s lawsuits. Shin Je-hyeon, a visual artist, said Park sued her for defamation after she photographed scenes of the March attempt to remove the coffee shop, and uploaded the images to Facebook. Park had sued her for $5,950, and when she did not pay the penalty, authorities allegedly barged into her home and marked her belongings with red property-seizure tags.

The dispute continues to grow because of the opposing points of view in the case, but Herald Business reported that a judge in Seoul’s Western District Court ordered the building be vacated, and that Park’s team attempted an eviction on Sept. 21 on legal grounds. Song and her café co-owners have disputed the legality of the eviction attempt, and strongly condemned Psy. 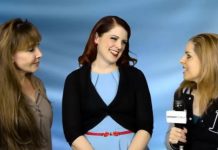