NEW YORK, Sept. 25 (UPI) — Emmy Award-winning broadcast journalist Jane Pauley has been named the new anchor of “CBS Sunday Morning,” a program for which she has been a contributor since 2014.

CBS News President David Rhodes announced that Pauley will succeed Charles Osgood as Osgood wrapped up his 22-year run as the show’s host on Sunday. Pauley’s first broadcast as anchor will be Oct. 9.

“Charles Osgood set the standard for ‘CBS Sunday Morning,'” Pauley said in a statement. “And it’s a great honor to be given the chance to further our show’s legacy of excellence. I look forward to bringing loyal viewers the kind of engaging, original reporting that has made the broadcast so irresistible for so long.”

“Jane Pauley is the ideal host for the most wide-ranging news program on American culture, our beloved ‘CBS Sunday Morning’ broadcast,” added Rhodes. “Charles Osgood is a television news legend — and so is Jane Pauley.”

Pauley is best known for her work on the “Today” show, “Dateline NBC” and “The Jane Pauley Show.” She is also a well-known author. 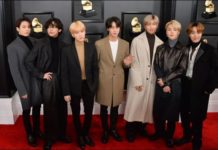