The 61-year-old actor and his 12-year-old son Julian were raising money for the non-profit Baby Buggy when a neighbor complained and had the stand shut down. Seinfeld’s wife, Jessica Seinfeld, founded the organization in 2001 to provide needy families with children’s supplies.

“Lemonade dreams crushed by local neighbor but not before raising lots of money for @loverecycled,” she captioned a photo of the effort on Instagram. “Thanks to all our customers and big tippers! Thanks Xander and Jaden for crushing it today with Julian and Jerry.”

Police chief Jerry Lawson told the East Hampton Press the Seinfelds’ neighbor called to complain of illegally parked cars. The fundraiser was considered “peddling,” which is not permitted under village law, and news outlets subsequently picked up the story this week.

Seinfeld and his wife married in December 1999, and also share 14-year-old daughter Sacha and 10-year-old son Shepherd. The actor is best known for playing a fictionalized version of himself on NBC sitcom Seinfeld, and currently hosts the web series Comedians in Cars Getting Coffee. 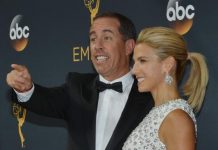 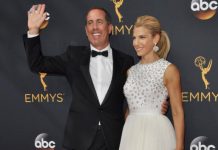 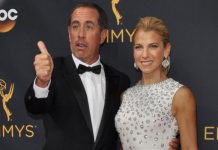