The 27-year-old reality star and his wife posted on Instagram for the first time since word of Duggar’s molestation scandal broke four weeks ago.

Duggar and his wife married in Sept. 2008, and have three children: 5-year-old daughter Mackynzie, 4-year-old Michael and 1-year-old Marcus. Anna Duggar announced she is pregnant with her fourth child in Dec. 2014.

Duggar and his family came to fame on TLC series “19 Kids & Counting,” which follows Jim Bob and Michelle Duggar and their 19 children. The reality star in May confessed to molesting five girls, including sisters Jill and Jessa Duggar, as a teenager. 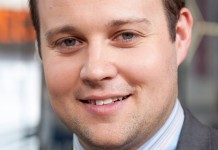