Sept. 20 (UPI) — The rock band KISS said it is planning a string of farewell concerts called the “End of the Road World Tour.”

The musicians, who have enjoyed a 45-year career together, announced the shows on Wednesday’s edition of “America’s Got Talent” on NBC.

Lead singer Paul Stanley tweeted a photo of him and his bandmates on the “AGT” stage. They are all wearing their signature makeup, skintight pants and platform heels.

“LIVE AND CRUSHING IT tonight was the greatest way to announce the END OF THE ROAD. This last tour will be our BIGGEST & MOST EXPLOSIVE show ever to thank you all and say goodbye. We will make every night unforgettable for everyone. My gratitude to all,” Stanley wrote.

Dates and venues have not been announced yet.

“All that we have built and all that we have conquered over the past four decades could never have happened without the millions of people worldwide who’ve filled clubs, arenas and stadiums over those years. This will be the ultimate celebration for those who’ve seen us and a last chance for those who haven’t. KISS Army, we’re saying goodbye on our final tour with our biggest show yet and we’ll go out the same way we came in… Unapologetic and unstoppable,” the Rock and Roll Hall of Famers said in a statement issued by Live Nation. 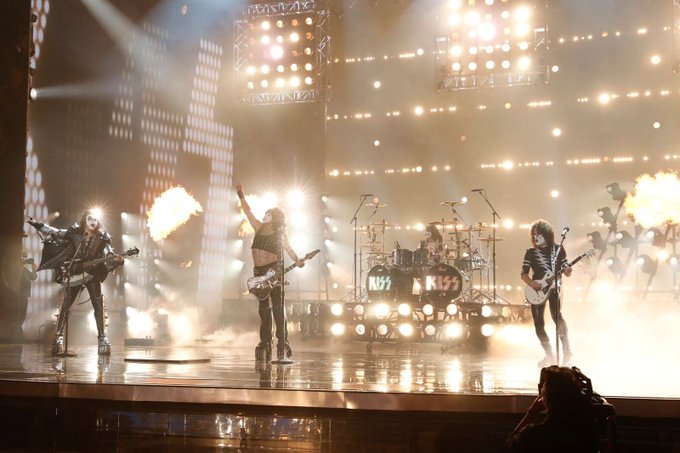