Sentenced in 2010 to a five-year term for possession of methamphetamine and selling heroin, Cameron, 35, added two more years to his sentence – which were spent in solitary confinement – for smuggling drugs into prison.

In 2013 Cameron wrote a piece for The Huffington Post in which he called for reform for incarceration of non-violent offenders.

“This outdated system pays little, if any, concern to the disease of addiction, and instead punishes it more harshly than many violent crime,” he wrote.

“I’m questioning the system,” Douglas said. “Obviously at first, I was certainly disappointed in my son. But I’ve reached a point now where I’m very disappointed with the system.” 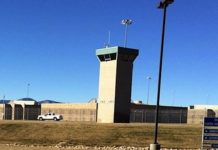