The 64-year-old Irish actor paid tribute to the late star Thursday by sharing a throwback photo from the 1993 movie’s set.

“I remember this day like it was yesterday … it was a San Francisco morning on the set of Mrs. Doubtfire … a drive by fruiting,” Brosnan captioned the picture.

“I thought we would be there all morning trying to get the shot, Robin nailed it on the second take,” he recalled. “I am so proud to have been part of that movie and to have known the great Robin Williams.”

“Mrs. Doubtfire” follows dad Daniel Hillard (Williams) as he masquerades as an elderly female nanny to spend time with his children after his wife files for divorce. Brosnan played the love interest of Daniel’s estranged wife.

“His passing, his death has cut to the quick of every man and woman in the world, really,” the actor told Entertainment Tonight following Williams’ death in 2014. “He was a beautiful human being.”

“I never really worked with Robin Williams, to tell you the truth. I worked with Mrs. Doubtfire,” he added. “Every time I worked with him, he was in makeup very early in the morning. He was a magnificent human being and a beautiful person.”

Williams died by suicide at age 63 on Aug. 11, 2014. The late star was also known for such films as “Good Morning, Vietnam,” “Dead Poets Society” and “Good Will Hunting.” 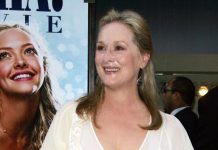 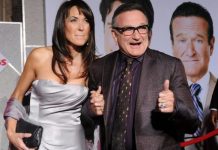 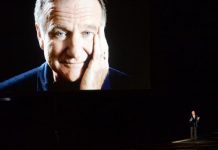