March 10 (UPI) — The Powerball jackpot climbed to $448 Million after no winner was selected in Saturday night’s drawing.

Wednesday’s drawing moved closer to half a billion dollars after no one was able to claim the first place prize by matching all five winning numbers as well as the sixth Powerball number.

Although there was no first prize winner, a person in Puerto Rico won a $2 million prize and two winners in Nebraska and Texas were selected for a $1 million prize, ABC News reported.

The $448 million Powerball jackpot is the largest in 2019 and the 11th-largest in history. The last Powerball winner was $298.3 million claimed by 56-year-old David Johnson of East New York for the Dec. 26 drawing.

On Monday, the winner of October’s $1.5 billion Mega Millions jackpot, the largest jackpot payout to a single winner in U.S. history, came forward to claim the prize in South Carolina, but chose to remain anonymous.

The current Powerball jackpot has a cash value of $271 million and the odds of winning are one in 292.2 million. 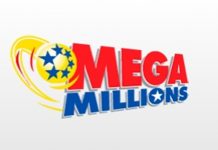 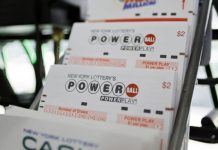 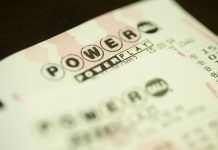