Feb. 10 (UPI) — John Gavin, an actor who appeared in Hollywood hits “Psycho” and “Spartacus” and later served as ambassador to Mexico, died Friday in Beverly Hills, Calif., a representative for his wife said. He was 86.

Budd Burton Mossa, a representative for Gavin’s wife, Constance Towers, didn’t reveal the cause of his death.

Before his acting career, Gavin graduated from Stanford University and served in the Navy during the Korean War.

He first appeared on the big screen in 1956 with a role in the western “Raw Edge” — in which he was credited as John Gilmore. His fame increased later in the ’50s when he began working with director Douglas Sirk in “A Time to Love and a Time to Die” (his first starring role) and “Imitation of Life.”

Gavin also starred in “Psycho” as Sam Loomis, the boyfriend of Janet Leigh’s doomed Marion Crane, and as a slave leader in “Spartacus.”

He served on the board of the Screen Actors Guild starting in 1965 and became president from 1971-73.

Gavin eventually moved into politics, serving as ambassador to Mexico under President Ronald Reagan from 1981-86.

He is survived by his wife, two children and two step-children. 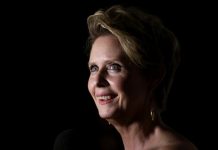 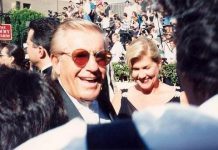 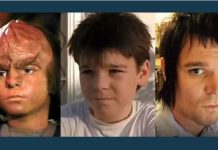