The series will be taped at L’Astral Theatre during the Just For Laughs festival in Montreal. It will air in four, one-hour episodes Thursday through Sunday. 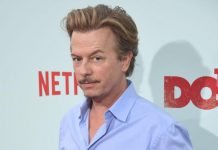