“We’ve been shooting for the last few months. There’s been a lot of questions — ‘Will Teresa be a housewife?’ — yes, she will,” Cohen revealed. “Real Housewives of New Jersey is officially in production, you will see it later this year.”

Giudice’s sister-in-law, Melissa Gorga, and Jacqueline Laurita will also return for Season 7. Gorga joined the show in Season 3, while Laurita starred on Seasons 1 through 5 and occasionally appeared on Season 6.

“You guys excited for me, @melissagorga @JacLaurita @Bravotv #RHONJ Season 7? I am!” Giudice tweeted after Cohen made the announcement.

Giudice was released from federal prison in December after serving over 11 months for fraud. Season 7 will pick up nearly two years after Season 6, and see the reality star reconnect with her family and rebuild other relationships.

“I am very excited to be back,” she told Bravo’s The Daily Dish. “For me, this season is all about letting go of the past and embracing the future. People are calling me Teresa 2.0.”

Giudice’s husband, Joe Giudice, was sentenced to 41 months, and is expected to enter prison in March. The couple, who married in 1999, were allowed to serve their terms separately on account of their four daughters, Gia, Gabriella, Milania and Audriana. 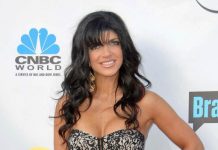 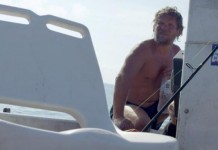 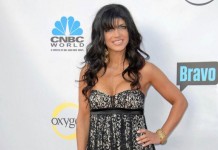 Teresa Giudice Staying Involved With Daughters From Behind Bars