Home Entertainment News ‘The Mummy’ Might Return with Tom Cruise
Facebook
Twitter
Pinterest
WhatsApp
HOLLYWOOD – November 24, 2015 — (Gephardt Daily) — Universal Pictures has been keeping quiet regarding talks with Tom Cruise about possibly starring in the re-boot of “The Mummy.”
According to The Hollywood Reporter, Universal has been looking for a big star to anchor the film, and is hoping Cruise would fill that role.
Alex Kurtzman is directing the film from a script by Jon Spaihts. It will be set in modern times and already has a release date of March 24, 2017.
Universal’s hopes to build a ‘cinematic universe’ out of its vault of classic creature features similar to what the studio was doing in the 1930s and 1940s, when the “Universal Monsters” ruled the box office.
Universal Pictures owns the rights to a vast legacy of classic monsters including Dracula, Frankenstein, the Invisible Man, Wolfman, The Creature from the Black Lagoon, the Bride of Frankenstein, and vampire hunter Van Helsing.

“The Mummy,” which begins production in February, focuses on Navy Seal Tyler Colt and his mission in the Iraqi desert to find a group of terrorists hiding out in a bunker. To his and his team’s surprise, the terrorists within the bunker turn out be nothing more than some grave robbers who have all magically died.

Upon entering the bunker, Tyler and his team also succumb to some mystical forces out of their control. They soon realize the bunker they have infiltrated is actually a centuries old tomb.

Mayhem erupts as all the Navy Seal members start turning on one another and are captivated by the forces within the tomb. Tyler is the only one to make it all the way deep within the tomb alive to find a black iron sarcophagus.

It’s marked with Egyptian symbols like the Ankh and Eye of Horus. Here Tyler is entreated by the forces to open the sarcophagus and release what is inside. But after placing his hand on the sarcophagus, he is immediately stabbed in the palm with a star shaped symbol. From then on Tyler’s mind is cursed with visions of Ashirtniple King of Assyria… otherwise known as ‘The Mummy.’

Tom Cruise is slated for a 6th film in the “Mission: Impossible” franchise.  His other upcoming films include “Jack Reacher: Never Go Back” and “Mena.” 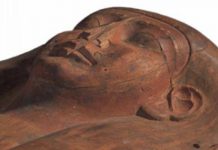 Egyptian mummy discovered in coffin thought to be empty 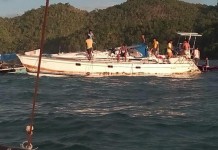 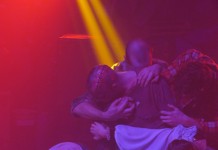