PHOENIX, Dec. 30 (UPI) — Researchers from Arizona State University studied an Amazonian community to determine the effects of the environment on genes crucial to brain function.

The study examined how the apolipoprotein E, or ApoE, gene functioned differently in an infectious environment compared to an urban industrialized setting.

ApoE proteins help control cholesterol metabolism and aid in the transportation of fatty acids to the brain. In industrialized societies, ApoE4 variant carriers have a four times higher risk of developing Alzheimer’s disease and other age-related cognitive impairments, as well as a higher risk of cardiovascular disease.

Prior to this study, ApoE proteins have primarily been studied in urban industrialized environments.

Ben Trumble, assistant professor at Arizona State University’s School of Human Evolution and Social Change, ASU’s Center for Evolution and Medicine and lead author of the study, re-examined the potentially detrimental effects of the globally-present ApoE allele, or alternate gene, forms in conditions more associated throughout human existence by studying a community of Amazonian forager-horticulturalists called the Tsimane.

“For 99 percent of human evolution, we lived as hunter gatherers in small bands and the last 5,000 to 10,000 years — with plant and animal domestication and sedentary urban industrial life — is completely novel,” Trumble said in a press release. “I can drive to a fast-food restaurant to ‘hunt and gather’ 20,000 calories in a few minutes or go to the hospital if I’m sick, but this was not the case throughout most of human evolution.”

Tsimane live in a tropical environment with little to no sanitation, running water or electricity and face high exposure to parasites and pathogens known to damage cognitive ability when untreated.

The results showed that the allele played a role in maintaining cognitive function even when exposed to environmental-based health threats.

“It seems that some of the very genetic mutations that help us succeed in more hazardous time periods and environments may actually become mismatched in our relatively safe and sterile post-industrial lifestyles,” Trumble said.

Studies have also shown that ApoE4 has potential benefits in early childhood development and has been shown to eliminate infections like giardia and hepatitis. 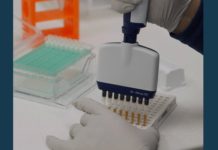 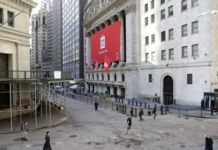