The latrine is thought to have been first erected during the Han Dynasty, around 111 B.C., and was used as late as A.D. 109. In ancient feces collected from the site, scientists identified the eggs of four parasitic worm species: roundworm, whipworm, tapeworm and Chinese liver fluke.

The presence of Chinese liver fluke is proof that travelers picked up and carried parasites from disparate regions. Chinese liver fluke, Clonorchis sinensis, requires wet marshland to complete its life cycle. The ancient latrine was located within the arid Tamrin Basin, on the outskirts of the Taklamakan Desert, where the parasitic flatworm could not have survived outside human intestines.

Today, the Chinese liver fluke’s closest native habitat is nearly 1,000 miles from the site of the ancient latrine.

“When I first saw the Chinese liver fluke egg down the microscope I knew that we had made a momentous discovery,” researcher Hui-Yuan Yeh, an archaeologist at the University of Cambridge, said in a news release. “Our study is the first to use archaeological evidence from a site on the Silk Road to demonstrate that travellers were taking infectious diseases with them over these huge distances.”

Rush hour on the Silk Road stretched from 202 B.C. to A.D. 220. The trade route connected merchants, explorers, politicians and soldiers from the Middle East and Mediterranean with their peers in East Asia.

“Finding evidence for this species in the latrine indicates that a traveller had come here from a region of China with plenty of water, where the parasite was endemic,” said study leader Piers Mitchell. “This proves for the first time that travellers along the Silk Road really were responsible for the spread of infectious disease along this route in the past.”

The findings were published this week in the Journal of Archaeological Science: Reports.

Researchers also recovered personal artifacts from the latrine, as well as “hygiene sticks” — long rods with cloth tied one end, an ancient version of toilet paper. 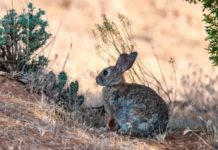 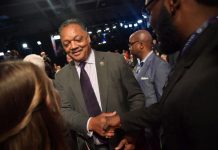