BETHESDA, Md., Aug. 14 (UPI) — An experimental, nanoparticle-based vaccine for the Epstein-Barr virus, or EBV, caused the immune systems of mice and monkeys to release antibodies against it, in a study by the National Institutes of Health.

EBV is a type of herpes virus that causes mononucleosis, a fatiguing disease most often found in young people, often spread by the oral transfer of saliva and genital secretions. The virus also is a cause of nearly 200,000 cases of cancer each year in the United States, including lymphoma, and nasal and nasopharyngeal cancers.

The virus infects 9 out of 10 people, however most experience no illness or mild symptoms as their bodies’ immune systems naturally react and protect the body from serious infection, according to a press release from the National Institute of Allergy and Infectious Disease.

“Typically, this infection occurs in adolescents and young adults — usually the most healthy segment of the population,” Dr. Paul Lee, a pediatric disease specialist at Winthrop-University Hospital told HealthDay. “There is also the fatigue which Epstein-Barr virus is notorious for — that can be severe and prolonged, and can take a month or more to resolve.”

Researchers have long targeted glycoprotein 350, or gp350, which the virus uses to attach to immune cells in its effort to infect a host. In previous studies, vaccines based on gp350 have protected monkeys from developing lymphoma after being infected with EBV and in humans reduced the rate of infectious mononucleosis by 78 percent.

NIH researchers used the previous studies as inspiration for a nanoparticle-based version of the vaccine exposing the cell-binding portion of gp350, which induced an immune response 100 times more powerful than the previous vaccine.

Based on the success of the study, researchers said the design could inspire other types of vaccines, including a human version of the EBV vaccine that worked in animals.

“There is still a long way to go before a vaccine that shows promise in mice and non-human primates will be ready for safe and effective protection of people,” Lee said.

The study is published in Cell. 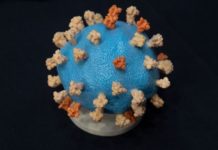 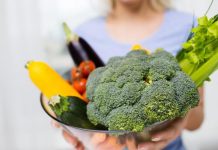 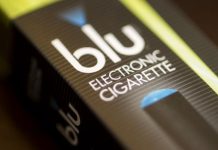