WASHINGTON, Nov. 17 (UPI) — The U.S. national grid could be greener with the advancement of solar power for low- to moderate-income households, the White House said.

The White House hosted a national solar summit, saying it had support from dozens of cities, states and business in advancing the development of community-level solar initiatives. Those measures would allow communities to pool their resources to invest in shared solar-power systems.

Since July, the White House said it had around $545 million in pledges to support the program.

“Actions like the ones announced today, will help the U.S. transition to cleaner sources of energy faster and ensure the opportunity to access clean energy is available to those who need it most,” the White House said in a statement.

The report finds that 10 states have installed more than 10 MW of solar power during the second quarter, up from the four reported during second quarter 2013.

The White House said the average cost of solar installations has dropped by 50 percent since 2010. Advancing solar capacity, it added, is difficult because about half of U.S. households and business are renters or lack the funds or roof space necessary to install solar power systems. 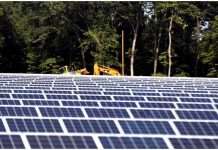 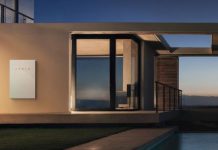 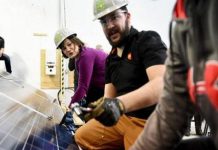