“The idea that newborn kittens would be stuck in a storm drain in the middle of a rainstorm is beyond terrifying,” said a tweet from Best Friends Animal Society. “Yet, it was the reality for Tempo, Cora, and Wild. Despite having to practically crawl inside the drain, an animal control officer was able to save all three kittens.”

The Salt Lake City Best Friends team then stepped in to help, the tweet said.

“Within hours, Amanda was en route to foster the three tiny babies,” a follow-up tweet said. “She knew that they would require around-the-clock care and bottle feeding, but was not deterred.”

The kittens were dirty with sores on their paws, but have now been adopted and are thriving.

“This trio may have started off life in the sewer, but thanks to people like YOU, they soon got the second chance they deserve,” a final tweet said. 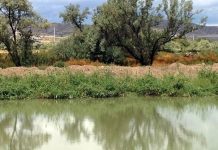 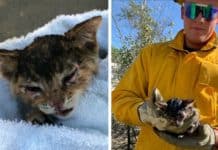 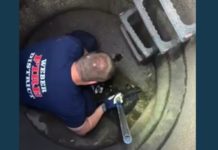