Late Thursday afternoon, the Eccles Theater canceled all remaining performances of “Dear Evan Hansen,” which was sold out. An email sent to patrons who had bought tickets said:

“Broadway At The Eccles will cancel all remaining performances of ‘Dear Evan Hansen’ occurring between March 12 and March 15, 2020 following this order.

“We appreciate the leadership of our public officials and will continue to monitor the situation as it evolves to ensure the health and well-being of our audience, staff, cast and crew before anything else.

“Our team will automatically be refunding your money (except shipping, if applicable). It should post to your account within 7-10 business days. To request a refund for tickets paid for with cash or check, please email [email protected]”

Refunds are only available for tickets purchased directly through ArtTix and Broadway At The Eccles.

The Hale Center Theatre in Sandy, which at present is showing both “Strictly Ballroom” and “Bright Star,” sent this email: “Due to the request of the Governor of Utah, Hale Centre Theatre will be suspending performances until March 30 in the interest of public health and safety. If you have tickets between now and then, please allow us to contact you in the coming week to reschedule for a future performance, rather than you contacting us.“Thank you for being great supporters of Hale Centre Theatre and for your understanding in this unique situation.”

Hale Center Theater in Orem has also cancelled shows from Monday through March 28. Anyone with tickets is asked to email the box office at [email protected]

Pioneer Theatre Company has cancelled its upcoming show “Ass” and Kingsbury Hall is also canceling performances through the remainder of the spring semester, and patrons are asked to contact the theaters to change their tickets. Both theaters are on the University of Utah campus.

Salt Lake Acting Company has also postponed its production of “Four Women Talking About the Man Under the Sheet.”

“In response to recent developments surrounding COVID-19 and for the health and well-being of our patrons, we have decided to postpone our production by Elaine Jarvik,” said a news release from the theater. “We will continue to monitor the situation and will be announcing new dates shortly.”

Plan-B Theatre has temporarily postponed the world premiere of Jenifer Nii’s “The Audacity.”  New dates will be announced at planbtheatre.org as soon as possible.

Plan-B’s free elementary school tour of Morag Shepherd’s “Flora Meets A Bee” has been touring elementary schools statewide since October. Performances are scheduled through the end of the school year. The company will accommodate any school’s need to reschedule, said a press release.

The Ziegfeld Theater in Ogden is also postponing performances through the end of March. A news release from the theater said it will contact ticket holders about the postponement and guests should check the theater’s Facebook page for updates.

Terrace Plaza Playhouse in Ogden has also cancelled performances through March 30. Patrons are being asked to contact the box office to reassign tickets or receive a refund.

The Empress Theatre in Magna is limiting the number of people that may attend its remaining performances of “Xanadu.” If you have a need to reschedule tickets, please email [email protected]

In addition, Utah Symphony/Utah Opera has cancelled performances through March 28.

“Utah Opera today announced the cancellation of performances for the remainder of March after Utah State Governor Herbert recommended limiting large gatherings of groups of 100 or more in a press conference about the state’s COVID-19 response,” said a news release from Utah Sympony/Utah Opera.

“Utah Symphony/Utah Opera remains committed to the health and safety of our staff, musicians, audiences and guest artists. We are evaluating whether we can reschedule performances but cannot guarantee that at this time,” said Utah Symphony/Utah Opera interim President and CEO Patricia A. Richards. “The cancellation of events and performances is financially devastating to all organizations impacted by this restriction, and we ask for patrons to consider a donation to their respective organizations in lieu of a refund.”

The Utah COVID-19 Community Task Force and local health departments also recommend that individuals over 60 or who are immunocompromised should not participate in gatherings with more than 20 people. 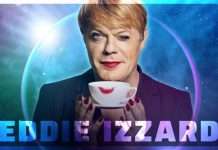 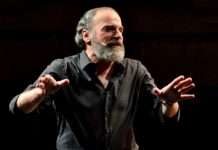 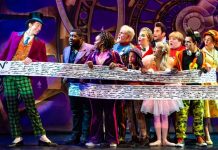