SALT LAKE CITY, Utah, July 3, 2019 (Gephardt Daily) — A federal judge has ordered James and Brian Jessop, of Pentagon Contractors, to pay more than $1 million in back wages into a fund for claimants who, as minors, worked without pay picking pecans for the company.

The Southern Utah company was previously found to have used child labor from the Fundamentalist Church of Jesus Christ of Latter-day Saints, a polygamist faith, in ways that violated labor laws.

The order was issued Tuesday by District Court Judge Tena Campbell,  according to documents obtained by Gephardt Daily.

In 2012, Paragon Contractors was accused by the United States Department of Labor of using hundreds of children from the FLDS Church to work on a Hurricane pecan farm.

Campbell also held the company in contempt for a 2006 child labor violation. Federal authorities claimed that FLDS Church leaders pulled children out of school for the purpose.

Campbell wrote in her decision, in part, the following:

“Because the names and ages of the children who worked for Defendants were largely unknown (they were members of an elusive, closely-knit polygamous group in Hildale, Utah, and Colorado City, Arizona), the Sanctions Order set a one-year claims period during which the Department of Labor was to reach out to that community and encourage individuals who worked for defendants to submit a claim for compensatory payments from the fund based on the number of hours worked.”

Only 104 people came forward to seek compensation, yet witnesses have said there were some single days when more than 500 victims worked without compensation.

The U.S. Department of Labor calculated the total amount of compensation owed to all the children who worked on the farm at $1.5 million, but later reduced that amount slightly.

Campbell ordered the Jessops to pay the amount ordered into a fund within 30 days, and said funds would be paid to qualified claimants within a year.

“If such sums are not claimed by the claimant (or a personal representative of the claimant) within three years, the DOL shall deposit them into the United States Treasury as miscellaneous receipts,” Campbell’s order concluded. 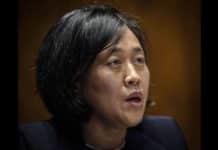