Officers had arrested 32-year-old Smith July 1 on warrants, and he was booked into jail.

“I can confirm there was a medical incident and he was transported to the hospital,” Salt Lake County Sheriff’s Sgt. Kevin Hunter told Gephardt Daily.

“Beyond that, the incident is being investigated by South Salt Lake Police so we will not be commenting further.”

Smith was arrested by Utah Highway Patrol officers working in the Rio Grande area of downtown Salt Lake City. According to reports, Smith had been staying at a nearby homeless shelter.

After the investigation into Smith’s death in custody is complete, a report with findings will be released.

“With heavy hearts we mourn the passing of Wildcat football great Trevyn Smith who passed away this week. He’s still WSU’s career leader in rushing and earned first-team All-#BigSkyFB honors four times from 2006-09. Our thoughts and condolences are with his family.”

“My thoughts and prayers go out to Erica and the kids, Reed and the family,” the post says. “Trevyn was one of my favorite people. He will be deeply missed. God bless the glorious reunion with you and your mom, Trev. Words can’t express the sadness that I feel tonight. Red easy my dude until we meet again.”

Smith had been in ill health and in trouble with the law in recent years, according to multiple reports. 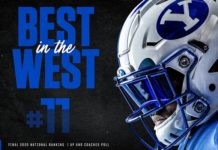 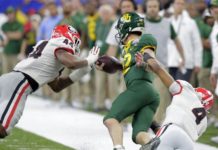