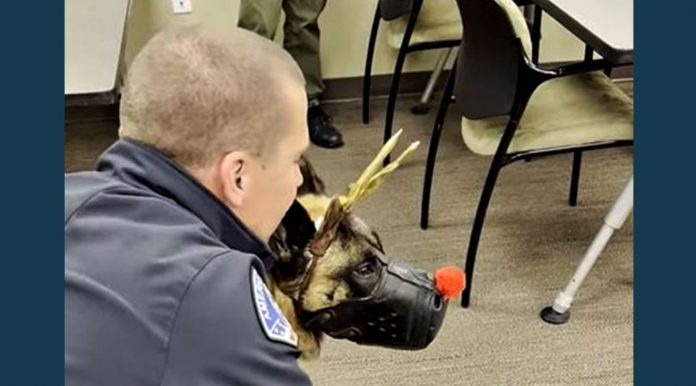 The video depicts a woman described as “Grandma,” and her tragic demise at the hooves of Santa’s sleigh crew.

It’s set to the tune of Elmo & Patsy‘s 1979 pop song, “Grandma Got Run Over by a Reindeer,” but the soundtrack may be the only thing authentic about it.

For example, the actor portraying Rudolph looks suspiciously like a police K9 with fake antlers on its head and a small red sphere attached to its muzzled snout.

Grandma gets run over not while walking home, but while in a police meeting room by the alleged “reindeer.” 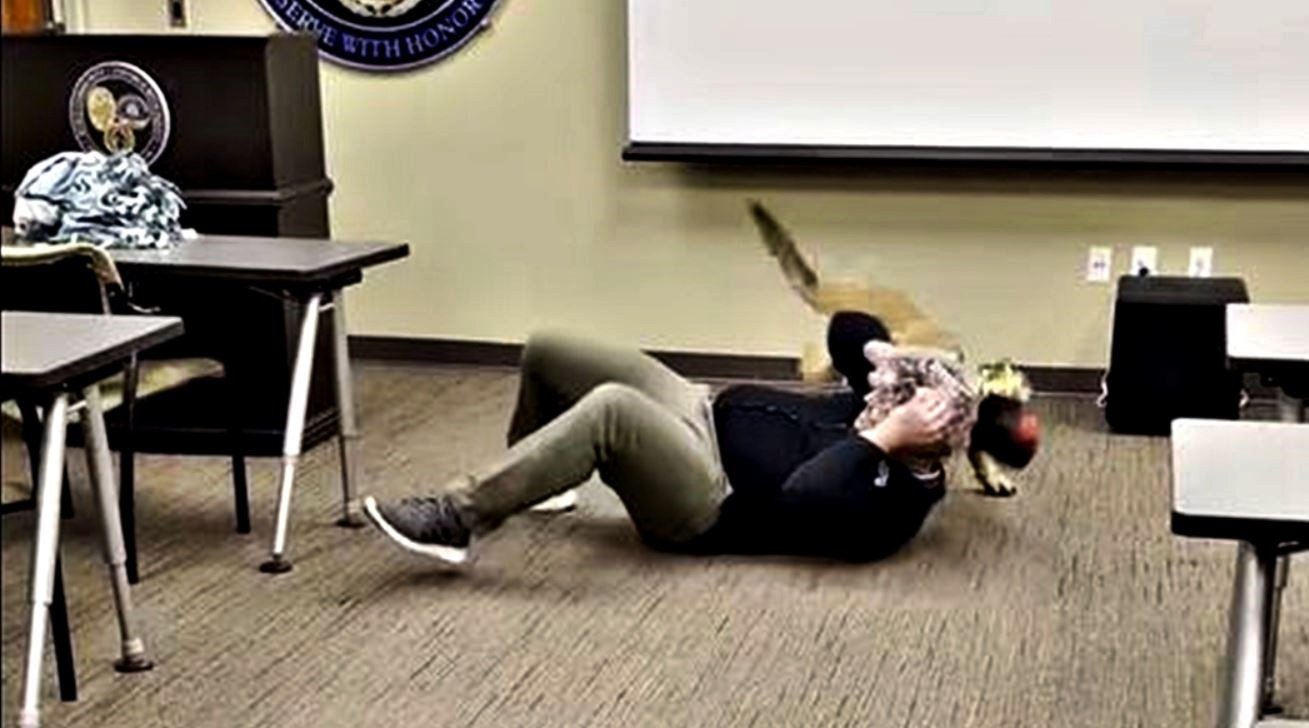 And that eggnog-swilling Grandma, if she wanted to, could pass for a bearded American Fork Police officer wearing a gray wig with random curlers, who appears to be wearing a cardigan with the initials of the AFPD. 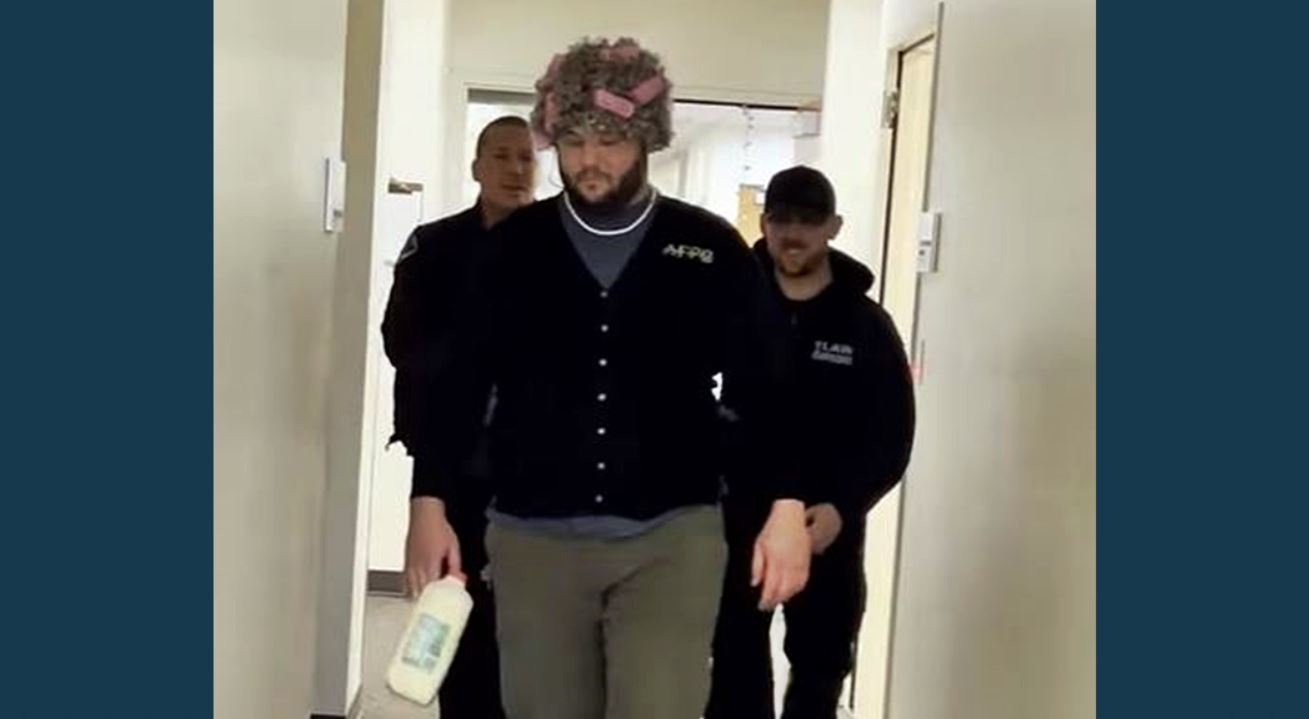 We suppose we can forgive the crazily coiffed “Grandpa” for drinking a non-alcoholic (root) beer to ease his grief. 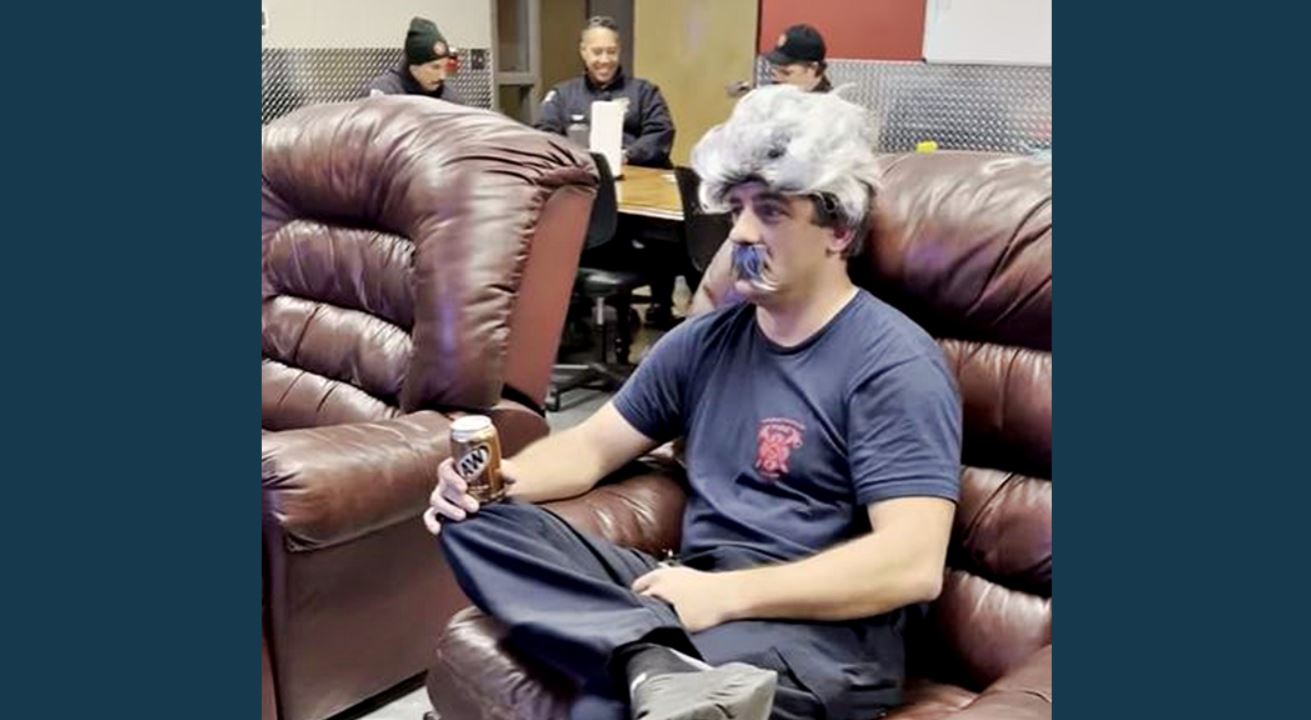 But even in a  somewhat staged and fictionalized version of the dramatic song, should the paramedics really be giggling? 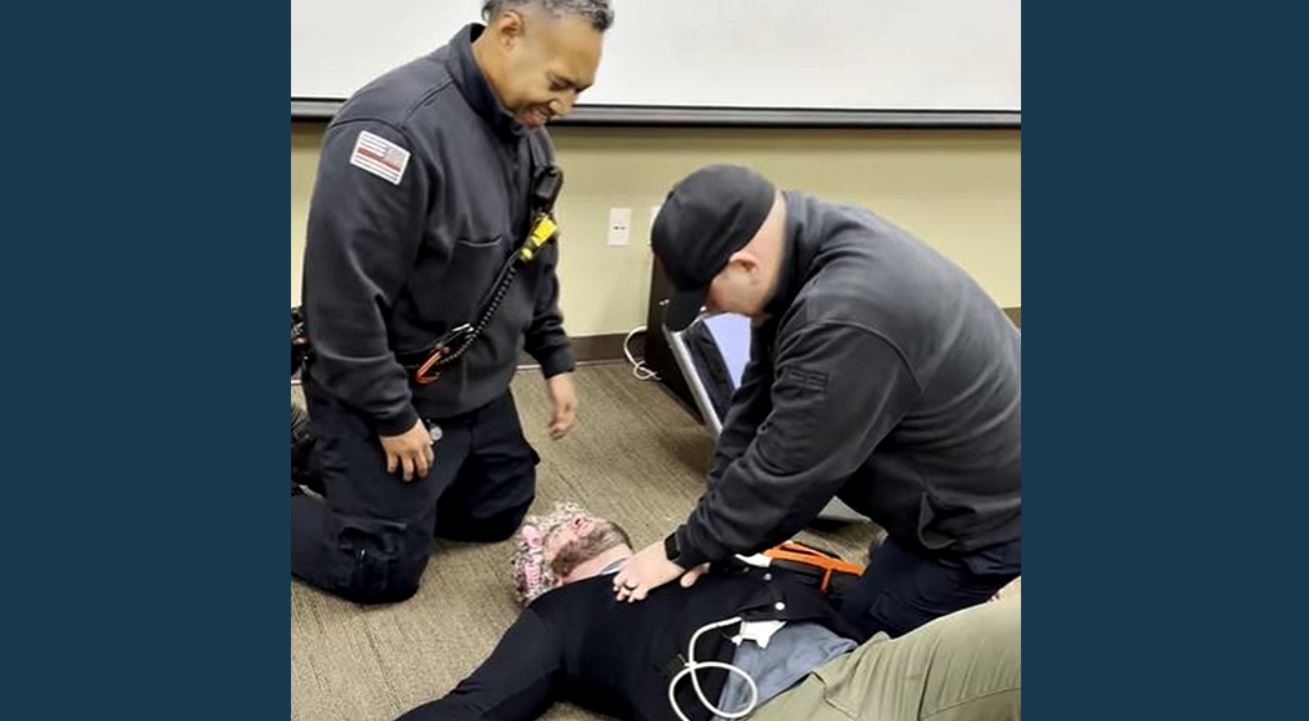 Directing and casting questions aside, it’s a fun video. 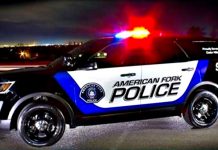